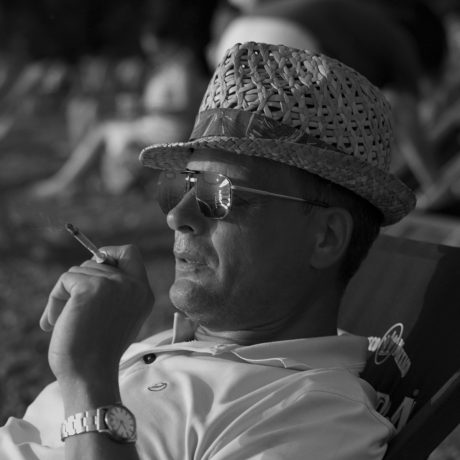 Most of my life I have been occupied with art.
I graduated in painting at the Academy of Fine Arts, Munich and studied economics at the Steinbeis College, Berlin and SDA Bocconi, Milan. After my studies, I worked for a few years in the media industry and managed an art gallery in Munich. Since 2011, I have focused on doing my own art.

No more newness. Let’s get unique!
When I was a student at art school, most of us were very concerned about creating something new and exciting with our art. When we had finished a painting we started asking ourselves questions like “Well, this looks good, but is there any kind of newness about it?”

20 years later, same thing.
In the art world, quite a few people are still bothered by this strange question.

I think that this is not a relevant way to approach art:
‘new = exciting’ inevitably will transform into ‘old = boring’ after some time.

What seems to be new today often turns out to be only fashionable; pushed to public attention by following some kind of crowd behaviour. Just think about of how many artists had been en vogue for some time during the last decades – later on, hardly anybody has been paying attention to their work.

Forever young
When I look at a piece of art, I don’t care whether it’s supposedly hot or not.
Neither do I want to be primed by elaborate explanations in advance.
I am just going to take a look and see what happens.
Sometimes, that is not as easy as it sounds. There are voices in my head, which keep telling me stuff like “Quite a few top artists at this gallery” – “This painting is really expensive” – “She started her career in …” – and so on. But that’s not really important.

In my eyes an exciting artwork just has to be exciting for me. The first time, when I look at it and every other time. Vibrant with life, featuring a sense of uniqueness.
Regardless of its price or at what time it was created – if it makes me feel, that the artist has really found an authentic way to express his personal response to life, then it gets my full appreciation. Hot and young. Forever.